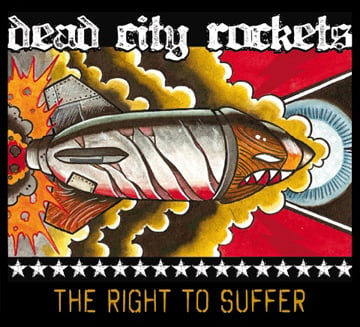 In 2011 the Band recorded, produced and published a 9 Track - Debut EP "The right to Suffer" in complete personal contribution. Ex-Drummer Pete took part in recording and mixing the stuff, Shark Soup Frontman Chrissy Jany desinged the Cover, the rest of the Artwork was assembled by the band and their friend Arne Marenda (Droogiez, www.rudeart.de). Every single Digipack was folded and glued together by the band themselves.