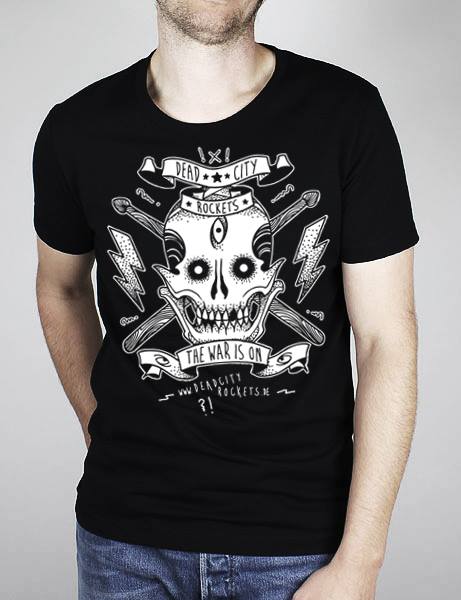 THE WAR IS ON - SHIRT

Shirts according to upcoming LP THE WAR IS ON. Design by Calina Hain, Rabenschwarz Tattoo Nürnberg, Print by Muchentuchen Nürnberg, Germany

Early in 2013 the band starts working on new material for the following longplayer „The War Is On“ which will be released in the upcoming winter. During the four-weeks studio sessions the last finishing touches are being added to some songs and lyrics. Working in a „real“ recording studio in North Nuremberg for the first time really pays off and results in an apparent quality increase. The ten brandnew songs will be released -presumably single-handedly- on vinyl, CD and for downloading